Let your speech be always full of grace, seasoned with salt. ~ Colossians 4:6

Have you ever started an innocent conversation with someone only to have it disintegrate into anger or frustration? We sometimes try to pinpoint where it all went wrong;

but a more useful starting point may be, “What can I do to prevent it?” Other than those lopsided encounters with someone who talks as if there’s no tomorrow, most conversations include a give and take in which we alternate roles of speaker and listener. Following are “ground rules” that can be helpful in any interaction. The focus here is on the speaker role and, in particular, those talks in which you need to address an area of conflict, a sensitive topic, or something that bothers you. By “speaker role” I mean times when you have a complaint against someone as opposed to those situations when someone’s pointing out a problem he has with you.

Is this really an issue?
It’s amazingly easy to get caught up in drama. Before you go charging into a fray, ask yourself, “Is this important, or am I making a big deal out of nothing?” It’s so tempting to convince ourselves that we’re dealing with a real problem. Put it on hold for a day or two before addressing the issue. Allowing your emotions to take over is counter-productive; approach the situation as calmly as possible. By taking a long deep breath you enable yourself to be objective.

Be respectful.
Resolve to be respectful with the other person. In order for you to be effective it will help a great deal if you aren’t critical. Being negative or condescending will alienate others and make it difficult for them to listen to your perspective. Rather than point out how he’s wrong, focus instead on a goal. It’s easy for a person to feel defensive. If he does, let him know that you simply want a new outcome.

Being direct is probably the most difficult of all these guidelines. Too often we tiptoe around an issue and don’t say exactly what we mean. This doesn’t mean you should “just be honest.” We sometimes use honesty as an excuse to be mean. At the same time it’s important that you get to the point. Don’t make the mistake of thinking that being direct is offensive; it isn’t, if your intention is one of compassion and respect. A great way to be direct is to take responsibility for your choices and thoughts. Rather than saying, “I don’t think what you’re doing is right,” say, “I want you to stop what you’ve been doing.” In the first statement you place the responsibility on morality – right and wrong; in the second statement you take the responsibility yourself – “This is what I want.”

Stay focused.
You can get off track in thousands of ways. Regardless what the other person says, remember the reason you brought up the discussion; return to the topic anytime either of you veers off course. If the other person makes some kind of counter-argument, acknowledge it when true; but return to your original issue. Don’t get caught up with tangential problems.

Be willing to listen. 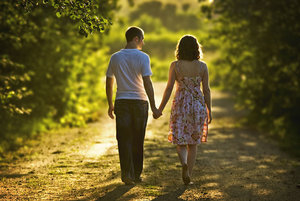